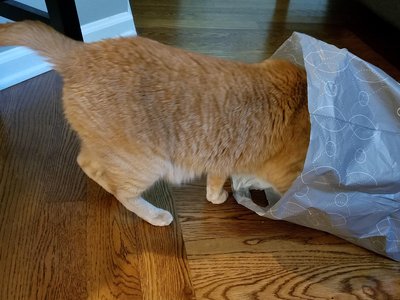 I know it's in here somewhere...

Finally, the day has come for us to publish the definitive "Make Money with Your Website' guide. This valuable document is the result of years of research by our dedicated staff of moneyologists here at Wealthy Cat.

You are about to encounter the STARTLING! UNEXPECTED! SURPRISING! results of their research.

Never-before-seen evidence of Secret Moneymaking Methods revealed at last. Other publications will try and duplicate our findings, but remember - you saw this first on Wealthy Cats.

The Definitive Guide to Making Money With Your Website!!!!!

2. Add a big pop-up - that lets people know you want to MAKE MONEY!

3. Offer free PDF's - we have no idea what they are, but they MAKE MONEY!

4. Add social media doodads - when people click them they turn into MONEY!

5. Ads, ads, ads - don't leave any empty space on your website. The slower they load, the more MONEY you get!!!

6. Add a blog and talk about how much MONEY you have now after starting with NOTHING!!!

What is Money Anyway? 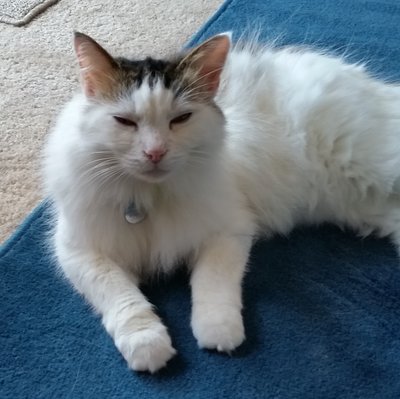 Let's talk about Money - do you know what Money is?   Don't feel bad if you don't- it's not obvious.   Here's what I found out from watching my humans over the years.

For one thing, they talk about Money all the time.   Is Money another human?   A god?  An invisible force?   Actually, yes -  like in Star Wars - Money is "an energy field created by all living things. It surrounds us and penetrates us; it binds the galaxy together." Thank you Obi-Wan

Sometimes it can manifest as an actual object.   That green paper that humans carry around is a form on Money.  It shows up on computer screens as little numbers.   But mostly it's an invisible force.  People think about Money all the time, but they can't see it.

Fortunately for you, cats have the ability to see things that are invisible to humans.   If you put a little effort into it, you can see the streams of money that float by in the air.  It's a little like humans seeing auras, only it's kind of sparkly.

Money accumulates in certain places in the house, like the kitchen and around anything new.  Most of the stuff coming into the house has a lot of money around it. You just have to notice.   After things have been around a while, the money fades away.

One of the best places to find a lot of Money is in empty shopping bags.   Go inside and just soak it up.  Doesn't it feel great!  If a human gets a gift, the box is full of Money - get in that box!  New clothes lying around are just spewing out Money - sprawl out and get comfortable - don't let any of that wealth get away! Make it a habit to always rub up against anything new- that way the Money rubs off on you.

If you diligently practice these habits,  there is no limit to the amount of Money you can accumulate.  Sometimes the humans will try to remove you from a good Money spot.  Don't give up - jump right back into that box.  Plop yourself down on the new expensive dress.  Before you know it, you will be a Wealthy Cat!

So there, you now know what Money is, and how you can get some! 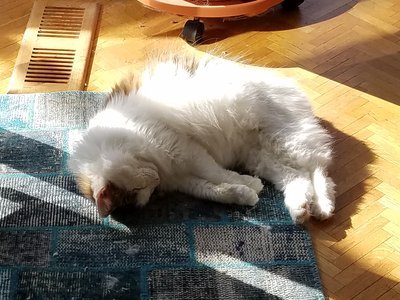 Wake me up later. Can't you see I'm working.